This article was written by Stefan Simonovic for Menprovement.com. We find and share the best self improvement content for men on the web. Enjoy.

It’s a man’s world out there, and even talking about the female orgasm still makes many people uncomfortable.
Pop culture has tried time and again to shift the focus from men to women. Remember that award-winning episode of Seinfeld, The Mango, when Elaine admits she was faking it when she and Jerry had sex? Millions of women out there could identify with Elaine’s story which aired almost 20 years ago.
There are various reasons why female sexuality and female body are still taboo in many circles and one of the reasons why women fake it is because they don’t feel comfortable telling their partners what they want in bed.
When we throw science into the mix things seem to get even more complicated. On average, about 90% of men experience orgasm during a male-female intercourse, while 70% of women don’t experience it at all.
We also have to take into account how many people find love online and how many new relationships are started on the internet, which means a whole set of different rules compared to the offline world; not to mention the blurring of what is traditionally considered ‘attractive’… Check out BBW dating as an example of both! Sleeping with someone you’ve known for a while through friends is quite different than sleeping with someone you met on Tinder two days ago.
All things considered, women fake orgasms for a whole variety of reasons, and we’ll try to focus on the main ones that every woman out there can identify with.

1. Women Often Worry More about the Man’s Pleasure than Their Own

Some women don’t feel comfortable talking to their casual sexual partners about their own needs. The same goes for some women in committed long-term relationships.
In addition to being unable to effectively communicate their own needs, most women are more concerned about the needs of their partners than their own.
Research shows that many women believe that it is a man’s job to be the successful performer during a sexual encounter. As a result, women place more value on the man’s pleasure, and on ensuring his ego doesn’t get bruised.
Many women put their partner’s needs first for various reasons. The main one is that (in many but not all cases) part of how a women gets turned on is by seeing and feeling that her partner is turned on.
This may sound off-putting to some men because they are highly aroused by their partner’s sexual pleasure, but little do they know that many women view orgasm as just icing on the cake.
As open as our society has become towards female sexuality, most women still believe their job is to please their partners, and they will do that even if it means faking an orgasm to make him feel like he did a good job.
The irony is that most men don’t realize that women don’t put such high value on the climax. If they did it would take the pressure off them, and in turn, their partners. Both sides in a sexual encounter would be more relaxed, and more mindful of the moment rather than worrying about meeting certain expectations that might not even be there.

There are many men out there who don’t know that women don’t necessarily need to have an orgasm to have a pleasurable sexual experience. The fact that a woman didn’t climax does not mean she didn’t enjoy herself, but explaining this to a man is easier said than done.
For most men sex is about physical gratification, while women also enjoy the intimacy that results from regular sexual intercourse with another person.
Although there is no denying the pleasure of an orgasm, there is so much more to sex than just the climax, especially for couples that haven’t been together for too long and that are not just racing to an orgasm.
However, most men believe they’re not doing a good job in bed if they can’t bring their partner to an orgasm, so instead of explaining to them that it’s not just about the climax, it is easier for many women to simply fake it and avoid that conversation altogether.
It is also important to note that just because a woman decides to fake an orgasm doesn’t mean her partner did something wrong. It may mean she was tired and did not want to make a fuss about it or she may have enjoyed it regardless of the fact that she didn’t have an orgasm.
Women know that the absence of their orgasm can hurt a man’s ego, but a few oh, oh, ohhhs never hurt anyone.

3. Men and Women Are Very Different

Bottom line: Unless a woman feels safe and relaxed, it’s less likely she can reach sexual gratification.
This is a fundamental difference between men and women when it comes to having sex with strangers. Men can get sexual satisfaction from complete strangers, while women generally need to feel more emotionally secure, comfortable and like they will not be judged in order to feel open and relaxed enough to become fully aroused (and achieve orgasm).
In casual encounters, women are less likely to achieve an orgasm because they may not feel the necessary connection, and they’ll fake an orgasm to not hurt their partner’s feelings and to give the new relationship a chance.
So What Are We Left With?
Better understanding of the female sexuality would certainly take the pressure off, and both partners would be able to enjoy their sexual encounters by being more relaxed and comfortable in each other’s arms.
Establishing honest and open communication is the cornerstone of any relationship, and our society needs to encourage women to share their desires with their partners without feeling ashamed, while also encouraging men to accept women and their sexuality by striving to understand it better.
[Editors Note: There is a massive misconception that Women will have sex purely so that they can preserve the relationship with a man. It is also a misconception that a women’s evolutionary biology dictates that she will only have sex so that they can procreate; resulting in the women’s need to feel comfortable and secure during sex. This has been proven not the case. Check out ‘Sex at Dawn’ by Cacilda Jethá and Christopher Ryan for further information on this, and other misconceptions, surrounding sex, sexuality and orgasm].

There are many different reasons why women fake orgasms, and most revolve around the fact that they want to avoid hurting their partner’s feelings. They may fake orgasms because they are tired, not in the mood or because their partner’s expectation is for them to climax.
Whatever the reason, many women put their partner’s feelings first, but we must not forget that the absence of an orgasm doesn’t mean the absence of pleasure.
Humans are one of the rare species that have sex for pleasure, and ensuring that both partners enjoy the sexual encounter should be something that every couple strives for without putting too much pressure on their relationship. Easier said than done, definitely, but most certainly attainable. 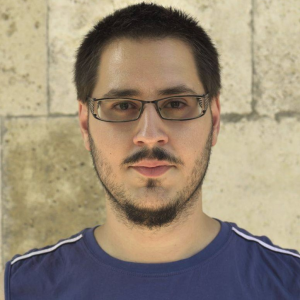