The Full Guide to Successful Rebound Relationships [From Her]

For many men there comes a point in life where he must decide whether he wants to be a rebound, or would rather have his ears stapled to the bumper of a moving semi-truck. Sometimes a woman seeks a rebound in the form of an acquaintance and sometimes it’s a new face. BUT regardless of how the meet happened, the idea of being a rebound gets a bad reputation for two main reasons. First, when one discovers he may be a rebound his initial reaction is to run for the hills because he fears she’ll get attached. The second reason is a bit sweeter; a guy may decide that he doesn’t want to be a sexual/emotional tent pole through her up-in-the-air gallivanting because he (pause for gasp) really likes her.

Now if you really like the girl you should be extremely careful about putting yourself into the rebound zone (similar to the friend zone but with more bow chicka wow wow). Women who are looking for a rebound are not always in the right frame of mind to distinguish between actual feelings and fleeting feelings; most of the time, having a rebound is about having time and space while rediscovering what you want through a non-committed and no-pressure relationship. However, CONSENTING and RESPONSIBLE adults can engage in a rebound driven relationship and end up having a healthy short-term fling (that can help you both out), or a lasting relationship; I’ve seen it happen dozens of times.

Granted, the execution can be confusing; I say that as a woman. However, here are a few points to remember when navigating the role of a rebound:

1) Know what you want and act accordingly:

If you’re up for a fling: Whether you have just met her and found this fact out, or knew her and saw the breakup coming a mile away, DON’T be too sweet. Why? Because, even though she’s pursuing you in what you might consider a forward fashion, her emotions may be a little shaky depending on how the breakup went. Too much niceness may make you an easy target for emotional dumping. I’m not saying punch her in the face and pull her hair on the playground, but steer clear of phrases like “If he can’t see you for what you really are then he doesn’t deserve you” and “You are one in a million and he will find out what he’s missing soon enough”. DO NOT SAY THAT STUFF AND DO NOT BUY HER SOMETHING, ESPECIALLY FLOWERS.

Instead, comfort her in the way you might comfort a buddy. Say, “Shit happens, you’re tough; you’ll be fine,” or “Want to go get a beer and play darts and get your mind off of it?” Unless she’s crazy, she’ll take this as a sign that while you’re willing to be around, you’re not interested in investing your emotions into the situation. Sometimes that’s really all a girl needs after a breakup–a beer and some laughs. If you’re the guy who can do that then you might just get what you both want and need.

If you want a relationship: Wait a bit after the breakup for her to get out her major emotional trauma. In two weeks, give her a text letting her know that you are thinking about her because you know breakups suck (this shows genuine interest but in a comparative way; so she’s not able to detect dating interest yet). Depending on how she responds, you can let her know you’d like to hang out whenever she feels up to it. Let HER make the call. If you push too soon you’ll end up right where you don’t want to be—a drunken buffoon staring into her morning face of regret.

If you’re up for a fling: Don’t be overly eager or available (this shouldn’t be a problem if you genuinely don’t want a relationship). Don’t answer her every call. And always make CASUAL arrangements, last minute; don’t plan things more than a day ahead of time. Involve your friends in hangouts (nothing fancy and AVOID being her date at weddings). Don’t put your arm around her a lot or send mixed signals. Again, be casual. Many times women get addicted to the emotional comfort rather than the distraction; this is dangerous. It’s fine to lift her spirits or tell her she’s a catch (in a friendly way) but don’t underestimate the power of her subdued emotions that she may not even know she has yet. Rebounds can be beneficial for both parties if you treat her with respect, by treating her like just an adult friend at first.

If you want a relationship: Invite her to something a bit more personal (your friend’s birthday party perhaps), or go get coffee close to her place. If you guys do end up hanging out, don’t call it a date, but do shower and look dashing so she gets the hint that you consider her worth looking dapper for. Don’t grope her, but be subtle by holding the doors for her, helping her put on her jacket and grabbing her next drink.

If you’re up for a fling: While on the first or second hangout, if she starts giving you signs that she’s out of the post breakup trenches, make sure you state that you aren’t looking for a relationship but you enjoy hanging out and if she feels that’s something she’s okay with then you’re up for it. Women are stronger and smarter than most men give them credit for. We know what you mean and we’ll give you the green light if we feel the same.

If you want a relationship: She’ll probably have the idea by now that you genuinely like her. Tell her that you have feelings for her but that you don’t want to rush anything. This should be brought up after you’ve spent a bit of time together. Say you’re fine with dating other people right now, or having only a physical relationship (if you can handle that) and see how she feels. Overall, be understanding and empathetic with her feelings. If she’s worth it to you, then it should be worth it to you to wait, or allow her to date other people. In the meantime, go to movies, grab lunches, see a fun band; show her you enjoy spending time with her in the world, not just in the potential sack.

If you’re up for a fling: You’d be better off never bringing up her ex. JUST DON’T DO IT. Chances are if you’re both adults, and she’s given you the green light on traipsing into rebound fling territory, the last thing she wants to hear is a question or comparison to her ex. And NEVER make a joke about the breakup; you’d be surprised by how many men make this mistake.

For example, she says she hates video games and you respond with “What!? No wonder he broke up with you”. No bueno, dude.
As far as you should be concerned, she dated, she broke up, and that is it. FIN.

If you want a relationship: Open up a dialogue about her past relationships. If you’ve shown yourself as a guy willing to lend an ear, then she’s probably already started this conversation. Just listen for a bit and engage in the right moments. Don’t be a gal pal, but do initiate a dialogue that shows her you’re interested in learning what her weaknesses and strengths are; do this over cognac and lengthy gazing. If she goes on about him too long, say, “Enough about him, let’s talk about you, what are your plans from here on out?” Establish your attraction but don’t cross her boundaries. If she’s not interested, she’ll tell you. And if she’s not woman enough to be upfront, then she’s not the woman to date right now.

If you’re up for a fling: Have a fun attitude. Don’t be too forward or too creepy. Of course the objective here is to have a good time, temporarily, but there is no need to force it. If you’re working too hard to be her rebound then you may have some unresolved issues. Let her initiate it, obviously. And if you’re ALWAYS a rebound, you may want to analyze your life. If she’s looking for a rebound, then she’s looking for a laidback situation, don’t cause her more stress. Just have fun and be a good guy.

If you want a relationship: Be yourself and don’t work too hard at getting ANY girl’s attention. Dating should be fun, not a job. Don’t be misled by a damsel in distress. And don’t be obsessed with being the hero who rescues her, or you’ll end up pushing her into a decision that might leave you both brokenhearted. She may be a primary focus right now, but you deserve some love too. She may not be the one, she may be. Show your deep attraction and interest, then let the chips fall where they may.

Whether you’re the rebound turned relationship or rebound for rebound’s sake, always remember that mutual respect is key in ANY relationship. Sadly, mutual respect is something that is increasingly dwindling in the modern dating world, which makes it seem more confusing and scary than it should be. Respect her and she’ll respect you. And if she doesn’t respect you (and you’ve done nothing to lose her respect)… well, that’s probably a good sign as to why her former relationship ended, AND why you should stay away. 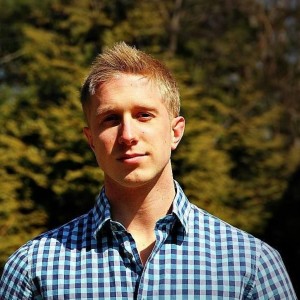 Sean is a true entrepreneur. After turning his life around after struggling with anxiety and chronic fatigue syndrome he now dedicates his life to being his best self and helping others do the same. Learn more about him and his projects at SeanRussell.me