No Match for Matcha: How Matcha Tea Benefits Health & Performance in Amazing Ways

If you’ve been circling the scene of the latest and greatest in wellness for any amount of time, chances are you’ve heard of matcha and perhaps the amazing ways matcha tea benefits your well-being. But as is the case with most of what appears to be new or reinvented on the market, the truth is quite the contrary.
Matcha has a long history as both a ceremonial tea and a mind-enhancing beverage of choice.

So, What is Matcha?

Matcha is essentially a stone-ground green tea which is different in two aspects of its growing and processing. First, the matcha green tea plants are shade-grown for about three weeks before harvest. Second, the veins and stems are removed.
It is made from the leaves which are picked from the tips of Camellia sinensis plants and then ground into a fine powder. Thereafter, it is stored away from oxygen and light to preserve both its vibrant color and its antioxidant properties.
This supercharged tea has gained acclaim on the nutrition front for a few different reasons. Due to its unique growing methods, matcha contains an extra amount of focus-enhancing theanine, which we’ll get to in a moment.
It is also famous for its ridiculous antioxidant content as well as its convenient powder form, allowing health nuts everywhere to easily blend it into their water, lattes, or smoothie creations. Its unique performance benefits coupled with its quick-to-mix flare has landed matcha at the forefront of the wellness scene in recent years, but where did it all start?

Matcha is anything but new. In fact, it boasts quite a rich history preceding the Tang Dynasty in China (618-907) where tea leaves were steamed and turned into tea bricks. During the Song Dynasty (960-1279) freshly picked tea leaves were ground into a powder and processed into “tea cakes.” A small piece could be broken off and the powder whisked in a drinking bowl.
Although this method eventually lost its popularity in China, traveling Zen monks from Japan began bringing tea and tea seeds back with them. It wasn’t long until the Japanese Zen priests created their own traditions for cultivating, processing, and preparing the tea.
With the traditions of Zen Buddhism into Japan by the monk, Eisai, in 1191, also came the Chinese methods of preparing this powdered tea that are still used today.
In his writings, he had stated “Tea is the ultimate mental and medical remedy and has the ability to make one’s life more full and complete.” Matcha would later become Japan’s traditional ceremonial tea and still serves this prestigious purpose today.

One of the distinct differences with matcha as opposed to conventional tea is that instead of steeping the leaves and then discarding them, the entire leaves are dissolved in water along with all their powerful properties.
This means that matcha’s antioxidant content is off the charts. For comparison, how about seven times the amount of dark chocolate, 17 times the amount of blueberries, or 60.5 times that of spinach? This is to say that one bowl of matcha provides over five times the antioxidants of any other food! Pretty impressive, right?
Due to having it made in the shade, matcha leaves are forced to produce more theanine and chlorophyll compared to traditional tea leaves basking in the sun. This theanine content along with the caffeine found in matcha will deliver a smooth and focused energy boost without the crash or jitters.
Perhaps the most amazing of all, L-theanine, the amino acid mentioned above, has psychoactive properties that actually promote the production of alpha waves in the brain. Matcha has over five times the amount of L-theanine compared to conventional green tea.
This is the reason why Japanese Zen Buddhist monks and Chinese Daoists have been harnessing the power of matcha for over a millennium. The effects of matcha can contribute to a meditative state of relaxation while simultaneously promoting sharp alertness.
With its heightened chlorophyll content comes an increased total-body detox too. The chlorophyll gives matcha its rich and vibrant color, but more importantly, it acts as a detoxifier to remove heavy metals and chemical toxins from the body.
It is also worth noting that matcha tea benefits much more than just mental clarity and energy levels. It is a great for cancer prevention, and also serves as an anti-ager, fat burner, and fiber booster as well.

What You Need to Know

Not all matcha is created equal, and as with most things, you generally get what you pay for. There are a few key areas of interest when determining the quality of matcha that everyone should be familiar with.
The first and perhaps most noticeable characteristic is the color. High quality matcha will display itself as a bright and vibrant green. This is because of the overproduction of chlorophyll in the shade-growing process.
Lower quality matcha may be made from leaves that have seen more sun or that came from a lower part of the plant. For this reason, lower-quality matcha can appear darker and slightly dull (as seen below).

It is also important to look for the country of origin before buying your matcha. Most of the higher quality matcha will come from Japan. China and Taiwan produce matcha as well, but Japanese-bred matcha is generally the favorite and standard among tea connoisseurs.
Another tell-tale sign of quality is in the taste. A lower quality product with a lower content of theanine will likely have a more bitter, less-pleasing impression on your palette.
Much of matcha’s appeal is in its convenient powder form which can easily be added to your smoothies, lattes, or other beverages. This is great news for the on-the-go-getter or those who don’t care for the traditional tea drinking experience.
However, if you prefer your matcha warm and soothing, you’ll want to treat it a little differently than your regular green tea. The best tasting matcha will benefit from water that is just shy of boiling or has been boiled and left to cool for five minutes.
Simply add your matcha to the mix, whisk thoroughly, and enjoy. A few drops of lemon juice can provide a great final touch as well.

Now that you’re familiar with some of matcha’s amazing properties, I hope that you’ll give it a shot yourself. Matcha can leave you feeling energized and focused for hours to follow, and all without the crash or mental fog delivered by less-superior alternatives.
Matcha has truly stood the test of time and earned its place as an elite and one-of-a-kind “superdrink.” If you’re looking for enhanced focus, boosted energy, and overall wellness with green tea, there is simply no match for matcha.
Related Article
Can Green Tea Help Stop Hair Loss?
Is Matcha Green Tea Good For Prostate Health? 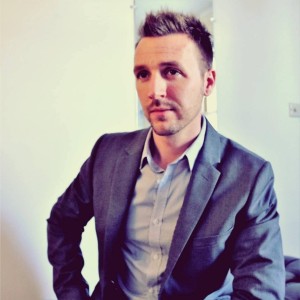 Brandon Scott is a writer, musician, and shameless self-improvement junkie. With an extensive background in fitness, mindfulness, and all things next level, this self-proclaimed life enthusiast is feeding an insatiable appetite to deliver his first-hand experience through inspiring, applicable literary creations.