How To Know if a Girl Likes You (Through Subconscious Body Language Signs!)

How to know if a girl likes you?

You know, one of the biggest complaints that I hear from men that I work with is that they always seem to have a hard time telling when a girl’s into them. And you know what’s funny?

One of the biggest complaints that I hear from women is that men never seem to pick up on the signals that they’re sending them. Talk about a communication breakdown.

I’ll admit it; we women can be a complicated bunch to understand sometimes. But that doesn’t mean that we’re totally impossible to get. What most men don’t seem to understand is that over 80% of a woman’s communication is non-verbal. And that’s not just a random figure I’ve pulled out of my head.

There’s actually scientific research that backs it up. So in today’s article I want to help you guys decode female body language and understand and use what a girl’s telling you when she isn’t saying anything at all.

OK, so let’s start from the top. You know that old cliché about the eyes being the window to the soul? Well, it’s the biggest load of cheese ever and I will slap anyone who uses that in a sentence in real conversation, but I have to admit there’s actually a bit of truth to the saying. So the next time you’re flirting with a girl, pay close attention to her eyes.

If she holds strong eye contact while you are having a conversation, this is an obvious sign that she’s interested. Try to be confident around her and don’t avoid this eye contact. The problem for most men here is that they actually have really bad eye contact.

So even if a woman is trying to lock eyes with them and let them know that they’re interested, most of the time they’re oblivious to it.

So make a conscious effort to always hold strong eye contact with a woman and pay attention to how she returns that eye contact. If her eyes seem to be locked onto yours, with her pupils slightly dilated, that’s a definite sign that she’s interested in you. And if you notice her sneak a glance or two at your lips you can take that as the biggest green light that you’re going to get.

On the other hand, when a woman isn’t interested in a man or in what he’s saying she will rarely hold eye contact for an extended period of time. She might glance at him a couple of times before she lets her eye wander around the room; almost as if she’s looking for something more engaging to latch on to.

So if you’re in conversation with a girl and you notice her eyes dart about, you better start changing whatever it is you’re doing.

Ah the good old lip nibble. We girls are hardly ever aware that we’re doing it, but it ALWAYS seems to happen whenever we’re really into a guy. So if we do take a little nibble at our lips while we’re talking to you, boy, you’ll know that you’re doing something right.

You see, a woman’s lips are one of the most sexual places of her body that’s openly visible, so whenever a girl is interested in you she’ll want to draw your attention to them, even if it’s a subconscious urge.

And you know what? Sometimes we do get a little bit nervous and dry in the mouth when we’re really into a guy, so we can’t help but give our bottom lips a little nibble and a lick.

Now this one actually has a bit of an evolutionary backdrop to it as well. You see, a nice, shiny head of hair is traditionally seen as an indicator of good health.

So whenever a woman is in the presence of a man that she’s attracted to, her subconscious mind will start telling her to do something to draw his attention towards it.

So the next time you’re flirting with a woman and you notice her play with her hair or twist it around her finger remember that she’s pretty much telling you, “Hey, I’m a healthy attractive woman, and I’m liking what I see in you. So do something about it.”

Now I can’t speak for all women, but whenever I’m really into a guy I’ll usually start feeling a little nervous and a little short of breath.

And every damn time I’ll find myself either fiddling with my drink or my jewelry or whatever else that’s at hand. It’s almost as if it’s a subconscious thing that relieves our tension.

So if you notice the girl that you’re talking to doing this, understand that this is a good kind of nervousness and that it means that she’s very much into you.

However, if a girl’s hand movements are stiff or if she has her arms crossed with her palms in her lap, it’s often an indicator that she’s either bored or uncomfortable, and that you should recalibrate your seduction efforts.

As far as a woman’s non-verbal cues go, what she’s telling you with her legs and feet can sometimes be hard to catch onto since they’re not usually in a guy’s line of sight. But a girl’s legs are a bit like a compass and you can tell a lot by which way her knees and feet are pointed. For example, if she’s seated with her feet pointed towards you, this is usually a subconscious but clear sign of interest.

If she goes as far as to subtly place her legs or feet between yours, you can take that as a definite sign that she’s sexually interested in you. On the other hand, if her legs are crossed and her feet are pointed away from you, you might have to work harder to catch her attention.

Have you ever noticed how when you’re interacting with people that you’re close with you sometimes end up mirroring their postures and body movements? This is a subconscious thing that humans do that indicates rapport and comfort.

So if you start noticing that a girl seems to be mirroring whatever it is your doing, you can take it as a definite sign of interest. Remember, often these will be very subtle things like leaning in when you do the same, or subconsciously mimicking your facial expressions.

At the end of the day, reading female body language is kind of like learning French. It takes a fuck lot of practice. Heck, I’m a girl and sometimes even I get confused with what other women communicate with their bodies. But what’s important is that you approach it with an open mindset.

Let go of your egos and stop looking out exclusively for signs of attraction. Instead focus on being able to recognize all non-verbal communications, good or bad as they come and sooner or later you’ll be able to subconsciously tailor your flirtations accordingly. 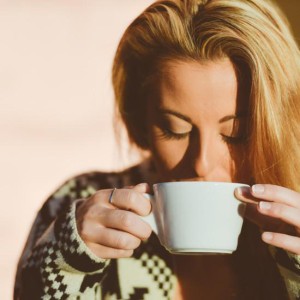 I’m a 27-year old freelance writer that is passionate about psychology. After several relationships and many dates, I would like to share my honest female perspective about dating with you. After all, I’m just a hopeless romantic trying to figure it all out. Follow my journey at Get-A-Wingman.com