4 Secretly Effective Compliments For Girls [From Her]

At first meetings, compliments often coincide with pick-up lines and of course these are almost, always overdone. Therefore, they come off as phony and/or cheesy. And once they’ve been heard a thousand times, they kind of lose their kick. Going up to a woman in a bar and saying “You are the most beautiful thing in this place” might get you a smile, and maybe even one date, but it won’t really stay with her. Similarly, if you tell your girlfriend or wife “You get more beautiful each and every day” she’s going to be jaded and just say ‘Thanks Babe” and keep surfing the channels.

This doesn’t mean you should stop giving compliments, but instead, you should look at giving a compliment as a unique opportunity to say something about who you are and who you think she might be.

Here are 4 ridiculously rare compliments for girls that will get her attention at your first conversation, or your ten-year anniversary.

Empathy is the ability to connect and feel the pain, joy, or distress of others, so obviously it’s a great attribute to have in a relationship and if you meet a woman that has it, don’t let her go without hearing that you admire it. Similarly kindness is often underappreciated and women feel that if they show kindness it means they are weak. Which is total bull-shit FYI.

In a pick-up line: If you see a girl that you find attractive watch her (discreetly) for a few minutes. She may sprint to tell a woman there is toilet paper on her shoe or hold the door for someone. This is a kind person. Go up to her and say “Hey I noticed you help that woman, that was really nice, I’m (insert name here)”. It’ll show her that you are a good guy and that you appreciate those actions more than looks (even if her looks are the reason you’re over there in the first place).

In a relationship: When your significant other goes out of her way to help someone else, such as returning someone’s mail or giving the lousy server encouragement since it’s his/her first night on the job, make sure you tell her you find that sexy. Say something like, “You always help people and I want you to know that not only does that turn me on but it makes me want to be a better person; thank you for that”. This will probably lead to car sex, so… you’re welcome.

Of course women like to hear that they have an ass that won’t quit, but sometimes we like to know that what we consider physical flaws are just as admired. If you value her uniqueness then she will as well.

In a pick-up line: Find something about her that is unusual. It could be the color of her eyes (Heterochromia Iridum is hot), or an apparent facial scar. The scar thing sounds risky, but I’ve met plenty of women with facial scars who used to be embarrassed of them but thanks to some dudes who found them sexy learned to love showing them off. The point is find something unique that you find sexy about her and let her know.

3) Compliment her abilities in her interests

Women spend time on interests because they enjoy them, but also because they want to get better at it. Even if you don’t share the interest, the fact that you commend her shows you value her dedication.

Now, obviously, if she sucks at macramé and tennis a compliment about either will come off as a bit asshole-ish. So make sure you find something that she is good at to compliment.

In a pick up line: If you’re at a bar, notice what she orders; if it’s a unique beer go up and tell her how attractive it is to see a woman take pride in her beer. See her at the park in running gear? Commend her for the shape she’s in (and how you wish you were a good runner), she might take you under her toned wing.

In a relationship: It can be something as simple as tidiness. For example: Women who are ‘Type A’ love to hear their guy commend them on their clean apartment. It shows that what they spend their time on is appreciated. Or if she enjoys writing, ask her to help you edit an important e-mail; trusting her expertise gives her a confidence boost.

If Alanis taught women anything, it was that we could be vulnerable and strong at the same time. Chances are that you’ll see her vulnerability at some point, but initially women want to hear that they possess bravery and fearlessness. It lets us know that you are secure in your masculinity and we aren’t going to have to fret and fawn around you to keep your attention.

How to use it:

In a pick-up line: If she showed up alone to a party/bar/etc. tell her how much you admire that in a woman and how unattractive it is when women aren’t confident in those situations.

If she carries pepper spray, make a joke and as if she can walk you home. (I once lived in a bad neighborhood and would carry a knife in my boot when I walked downtown. I kept it hidden but eventually a guy saw it and commented on how badass that was; and I ended up dating him for a month.) Just goes to show ya.

(Don’t confuse boldness with bitchiness. If she’s not standing up for herself or someone else, chances are she’s just being bitchy).

As we covered, a girl gets a dozen compliments and pick up lines a day, so using one of these unique approaches whether at a first meeting or on a lazy Sunday in bed will give you the edge. These are especially important in a long-term relationship.

Keep in mind however, that some women don’t take compliments well. A beautiful friend of mine once responded with “Yes but I look really ugly in the morning” when someone told her she was pretty. If this happens just laugh and keep on talking. At the worst, this is just a sign of shyness; at best it’s a sign of honesty and humility. Who doesn’t want that in a date? 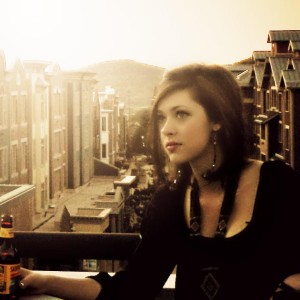