This article was written by Jon Anthony for Menprovement.com. We find and share the best self improvement content for men on the web. Enjoy.

If you’ve been in the “pickup community” for long enough, you’ve likely heard about a term called “oneitis.” Stemming from the medical suffix “-itis” it typically refers to a guy who’s infatuated with a girl…that doesn’t return his interest.
While it may seem serious, if you’ve come down with a case of oneitis, the effects can be devastating. Guys can have their entire lives destroyed when they can’t get over a girl, or worse yet, be manipulated into a relationship that’s unhealthy.
Of course, there will always be a “one girl” that you’re focused on, in a relationship potentially, but “oneitis” refers to an unhealthy obsession with a single woman, who you believe is the sole arbiter of your happiness.
Obviously, this is extremely unhealthy—and that’s why here at Menprovement, we’ve created a list of the top 7 ways to get over your oneitis.

As simple as it may seem, often times the cause of having a oneitis is just that she’s the only girl you can get. Far too many men settle for relationships that are dysfunctional, manipulative, and life-draining.
That’s why, in many ways, the best oneitis cure is to simply learn game. Go out seven nights a week for a few months, learn to recognize her indicators of interest, learn what a shit test is, understand the process of seduction, and improve yourself as a man.
Learning game requires you to put yourself to the test, acknowledge your weaknesses, take some brutal rejection, and get up even stronger each time. Without a doubt, it’s one of the best processes for personal growth that I’ve ever encountered.
Not only this, but learning game will drastically increase your availability to women. When you learn game, you’ll have dozens of women chasing you all the time, which will put you in a state of abundance.
…and we all know that when you’re in a state of abundance, it’s almost impossible to get caught up over a single woman who broke your heart.


It’s almost impossible to get over a oneitis if you see her every single day on your social media platforms…and yet somehow, most guys do this, expecting to move on.
The cold, hard reality is that you CAN’T move on, if you’re being exposed to constant contact with your oneitis. Every time you see her, you literally strengthen the neurons in your brain associated with obsessing over her.
Every Facebook post of her talking about her new boyfriend…
Every Instagram post of her out with her girls…
…and every text message or call you get from her, is slowly poison-dripping you, and preventing you from moving on.
This, of course, is a deal breaker. If you want to get over your oneitis as fast as possible, with as minimal heartbreak as possible, you MUST (underscore, MUST) cut off all contact.


There’s an old saying in the pickup community that’s quite crass, but to be honest, has a lot of truth behind it. Whenever newbies would say “how do I get this ONE girl?” they would always be met with an acronym: GFTOW.
“Go Fuck Ten Other Women,” or GFTOW for short, is a condensed phrase meant to get newbies off of their ass and out into the world.
Far too often, newbies think that they’ll somehow magically develop the skillset to get the most gorgeous girl of their dreams, without having to put in any other effort.
This, of course, is a lie—and it’s completely delusional.
If you want to get good at baseball, what do you do? You play baseball.
If you want to get good at golfing, what do you do? You golf.
If you want to become a good programmer, what do you do? You code programs.
…and if you want to become good with women? You must land other women.
As hard as this may be to hear for many guys, it’s the God’s honest truth. If you want to continue being her beta orbiter, then don’t go out there and fuck ten other women.
If you want to develop that natural charisma and effortless flirting that women go crazy over, though? Go fuck ten other women.
What you’ll find is that the process of learning game will transform you as a man, and make you 100x what you were before.

While it is healthy to focus on a girl to some extent, most guys take it WAY too far. They send her flowers before they’ve even met her, they constantly stalk her on social media, and they send her texts every ten minutes in a desperate attempt to win her over.
…and while this may work in cheesy romantic comedies such as “Hitch,” the reality is that most women find it EXTREMELY creepy and repelling when guys do this in real life.
Why? It’s simple—being so singlemindedly obsessed over a girl proves that you have no life aside from her, and are thus immature as a man.
Every man must have his own, interesting life, filled with cool, interesting things. If you don’t, you’re fighting an uphill battle every day.
You think that oneitis will cure your problems? You’re definitely wrong. She won’t help you get a better job. She won’t help you get in better shape. She won’t solve your deep seeded insecurities and emotional problems.
Only you can do these things…and only you can give up the obsession you have with your oneitis, to focus on yourself for a while and improve your life.


Much has been said about nofap on this website, and much will continue to be said, until every man on planet earth understands the importance of it.
Put simply, nofap will absolutely transform your life—for the better. Before, when I used to masturbate every day, I was a weak, scrawny, insecure little chode.
Now, that I’ve been doing nofap for years? I’m a jacked, strong-willed, confident motherfucker who kills it in all aspects of life.
Ask yourself: which do you want to be? I think the answer is pretty obvious.
When you take the time to do nofap, and you develop the DISCIPLINE to say “no, fuck you!” to your base impulses each and every day, you mold yourself into a conqueror.
Now, saying “no” to obsessing over a woman? It’s easy as cake. You’ve already said “no” a thousand different times, to a thousand different women on the internet. How much harder could just one simple woman be?
In addition to this, when you do nofap, you transform who you are as a man. You evolve from a beta male into an alpha male, and naturally enhance your attractiveness to women.
I’ve seen it myself, I’ve seen it in my clients, and millions of other men all around the world have seen it. Now, it’s time for you to see it.


Part of the reason why our testosterone levels are so low nowadays, is that we live such sedentary lifestyles. Rather than being out there killing buffalo and fighting like warriors in conquest, we’re sitting at home playing Xbox and eating Cheetos.
This is no way for a man to live. To be a man means to be strong, and according to critically renowned author Jack Donovan, strength is a major virtue of men.
Without strength, you are not useful to other men, and cannot be trusted—period.
When you need someone to defend you in battle, who do you choose? The limp-wristed, cardigan-wearing faggot in Starbucks, sipping his soy latte? Or the broad-shouldered, cold, hard, iron-lifting MAN? I think the choice is pretty obvious.
There’s a reason why most losers, hardcore communists, and employees are all scrawny. It’s because they have low testosterone, don’t have the AMBITION and DISCIPLINE required to get in good shape, and are husks of what they could truly be.
Lifting weights will help you get over your oneitis, because it requires you to build the “discipline of steel,” as Arnold was fond of saying in the movie Conan the Barbarian. When you physically resemble Superman, it’s kind of hard to get stuck over a girl.

So much emphasis is placed on “toxic masculinity” nowadays, that most MEN have forgotten how to be MEN!
I’ll never forget a story that happened to me in 9th grade…
I was in class, as usual, and talking about how I had a blast over the weekend. I told my classmates about how I hung out with some of my closest male friends that weekend, and how it was spent laughing, joking around, and just having fun.
“Wow dude, sounds like a sausage party,” one of them said.
In retrospect, these were the words of a complete and utter faggot, spineless to the end.
“Sausage party”? You mean being a fucking man, and hanging out with other MEN?
The truth of the matter is that IRON sharpens IRON, and if you don’t hang out around other men, you will not reach your full potential…PERIOD.
Men need to be around other men, to LEARN how to be men. When they do something stupid or weak, other men will call them out on it. When they act like a bitch, other men will call them out on it. It’s our job, and our duty, as men, to strengthen other men.
So if you’re looking for a great way to get over your oneitis, then look no further than having a strong male camaraderie to hang out with. The right men in your circle will help you get over that oneitis in a single weekend, and they’ll elevate you in all areas of life.

In summary, struggling with a oneitis can be one of the most difficult things that happens to any man on this earth. It can rip your soul out, and tear it into shreds, and then light it on fire, and then expect you to go on.
…but, with the right perseverance, the right guidance, and a little bit of willpower, anything can be overcome in this life—and oneitis is no exception.
Fundamentally, what it comes down to, is you have to cut off contact with your oneitis and work on yourself as a man. When I’ve done this in my own life, funny enough, all the good women who were worthwhile come back chasing me, harder than EVER before!
Why? It’s simple. They understand that as a man, you’re capable of taking rejection and moving on. It doesn’t phase you. You’re like a mountain—you just are, who you are, and you are indifferent to the forces of the Universe trying to knock you down.
…and that, that my friends, is true attractiveness. 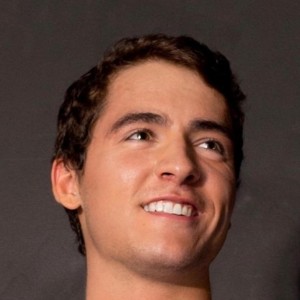 Jon Anthony is a world renowned dating coach and the founder of Masculine Development, a website specifically dedicated to helping men improve their personal, dating, and financial lives. After years of training men how to attract women, build muscle, and make more money, Jon created the "7 Strategies" program to help kickstart your journey to success. Jon firmly believes that every man should have control over his own life, and he created Masculine Development to share his passion with men who want success in all areas.

For a limited time only, we are giving away our free training with John Cooper, The 6 Principles of Dating Mastery & Social Freedom.

“This training changed my life. It’s the most advanced and healthy philosophy on talking to women I’ve ever seen.”